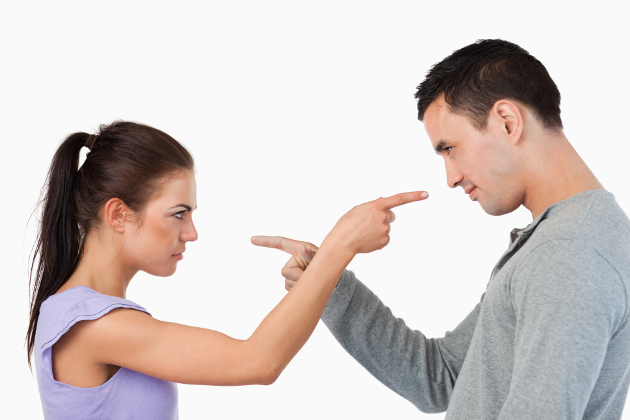 Fights Every Couple Has

Even if constant fighting is a bad sign for many relationships, there are plenty of arguments that help it in the long run, by helping set boundaries and sort out priorities. These common fights shouldn’t be avoided, since they have something valuable to contribute.

Check out the fights every couple has, and find out what lessons you need to learn from each one. By avoiding conflict, you’ll end up creating more problems, by letting frustration build up, so these fights are all important steps in a healthy relationship.

Whether you’ve already moved in together or just have trouble with the way your guy keeps his place clean, this is one of the fights that makes you both understand that you can’t have a relationship without compromise. Meeting each other in the middle when it comes to dividing the household chores is a must.

Out of the multiple fights every couple has, the one caused by a misunderstanding usually happens early on. Whether you have to cancel plans because of a previous commitment or you end up bickering because of autocorrect in a text, this argument should teach you the importance of good communication.

Feeling like you want to spend every moment together is normal for the beginning of many relationships, but sooner or later someone feels trapped. Nobody should ignore their friends or abandon the hobbies they’re really passionate just because they’re in a relationship. When this comes up, it’s a great time to set boundaries about the freedom to be your own person, while also being part of a happy couple.

Once you start setting common goals, you’ll probably run into one of the common fights every couple has, the financial one. Someone will make a mistake sooner or later, but that’s a moment where a new discussion can start, in order to make sure you’re both satisfied with your financial decisions.

Even if you’re always on the same page about how to spend your vacation time, sooner or later, there’s going to be a holiday conflict. There’s no clear solution to this one except compromise. For annual events, you can take turns visiting each other’s families, and for other trips, just split them evenly to make sure you’re both satisfied in the long run.

Feeling ignored because your guy would rather look at a touchscreen than you is one of the fights every couple has. Once this argument first shows up, it’s time to realize how important spending quality time together really is. You should be paying attention to each other, not to gadgets, when you finally get to be together after a long day at work.

Whether you have plans to get married or not, parents always find a way to meddle in a way that doesn’t sit well with both of you. You should be in charge of handling your own parents when there’s conflict between them and your guy, and he should definitely handle his. This argument highlights that mediation is necessary, and everyone should be involved in quickly solving conflicts with family members.

Sooner or later, someone gets jealous and that leads to one of the fights every couple has. Both of you should appreciate the other for being able to stay friends with exes. That’s the mature thing to do, and it shouldn’t cause any conflict in a new relationship, unless there’s a particular ex who still isn’t over the previous one.

More: 10 Ways You’re Pushing Him Away

Sometimes, the true cause of a conflict is the need to feel wanted and desired. When you that you’re slipping on your partner’s priority list or just ignored, speak up. This is another fight that leads to better communication in the long run.

Out of the fights every couple has, some may seem like they’re about nothing, but usually they’re about something very specific. Don’t let yourself become passive aggressive and start conflicts, while you’re actually ignoring the real reason you’re mad. This fight can help both of you understand that unsolved issues usually create more conflict.