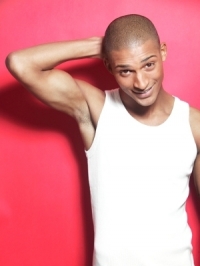 When it comes to relationships and guys, things are not as simple as they seem. Well, we must admit that sometimes you need Sherlock Holmes’ skills in order to find out if the guy you have a crush on feels the same way about you. But how to tell if a guy likes you? If you don’t have magical powers and he’s not the talkative type, the best thing you can do is to observe his body language which can reveal more than you think. Complicated you say? Not at all!

Body posture, gestures, facial expressions, eye movements. These are all forms of non-verbal communication which, by the way, it is said to represent 80% of the human communication. Nevertheless, ‘reading’ a guy shouldn’t be like trying to decode the mystery of the pyramids! Therefore, even if he plays the macho role, his gestures and expressions will reveal his true feelings. Just study his body language and observe some of these next signals that he sends almost entirely subconsciously. 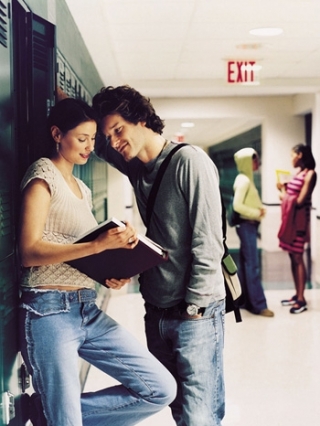 Understanding men might be one of the most challenging things we have to deal with yet it is not mission impossible. Watch a guy’s body posture whenever he speaks to you. If he is usually leaning towards you, it means he is unconsciously relaying the message that he finds you attractive. Besides, a guy who’s attracted to a girl would constantly look for ways to be closer to her.

This next sign might seem rather weird yet guys do it unconsciously and it might reveal he is falling for you. It is called mirroring and it means imitating the actions of the person you like.

Observe his eyes as they are a vital part of the human body language. Therefore, the way a guy gets your attention using his eyes can be extremely relevant. If you catch him staring at you, especially your face, it means that there are good chances that the guy you are into to really be boyfriend ‘material’. A shy guy may glance aside rapidly if he feels something about you. Also, remember that those who lack confidence tend to look away or look down, but rarely stare at the other by looking into the eyes. On the contrary, the bold type will make eye contact and hold it for as long as he can.

Another clue about his true feelings are the raised eyebrows. This signals attraction. If we are attracted to someone, we’ll automatically and subconsciously lift and lower our eyebrows. This sign can be hard to catch though since it all happens very rapidly.

If he touches you ‘unwillingly’, it might be an indicator that the guy likes you. This gesture comes from our human nature that makes us touch things we are attracted to. So, if he touches you on the arm or on the small of your back, he’s flirting with you. This is also a sign of confidence and interest.

Is he sitting with his feet, knees, arms or head pointing towards you? Well, good news! You have nothing to worry about as it means he is interested. Fascinating, isn’t it? Also, if his hands are on the table and the fingers point out into your direction, he is showing hints he is attracted to you.

Have you ever noticed a guy who keeps touching his face or hair while talking? This is not so good as it might suggest he is lying and he simply tries to draw the attention away from the subject. If a guy fixes his tie, puts his hands on the belt, smooths his hair, or he does things that make him look more handsome, taller and stronger, it is more likely that he is flirting with you. 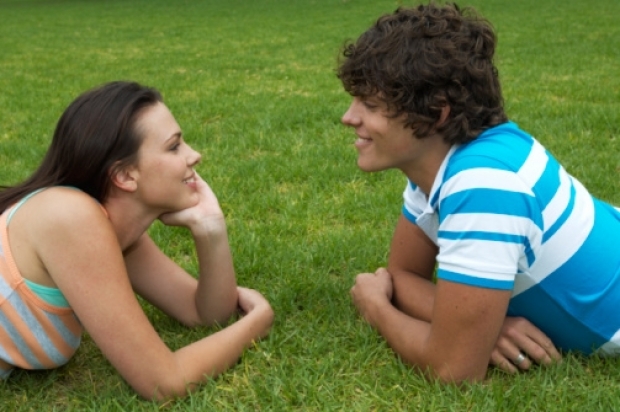