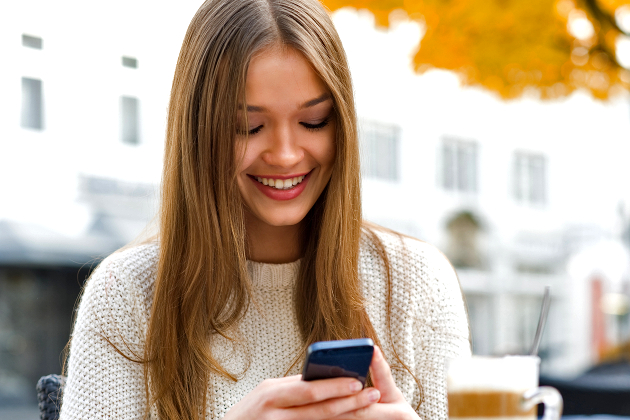 Whether you’re crushing on a guy, or you’re at the beginning of a relationship, some texts just tend to come off the wrong way. They might be insulting, scary, or just create problems that you don’t really want. Some of these texts could lead to a fight, others are just simply uncomfortable.

Find about more about the texts you should never send a guy, because without the tone of your voice and your body language, they don’t really represent what you really mean, or because they’re simply too harsh or inappropriate.

“We Need to Talk”

Every guy dreads these four little words, especially when they come out of the blue. Sending them as a text can get him worried or even freaked out, so he’ll be on the defensive when you do actually get to talk face to face. Don’t send this type of text to anyone, especially a guy you’re dating or your boyfriend.

Breaking up over the phone might be allowed, after just one or two dates, but usually this is one of the texts you should never send a guy. Informing him that it’s over in a short and aggressive way, in a text, isn’t just rude, it’s also something that nobody really deserves. Unless you have a reason to be afraid for your safety, tell him face to face that you’re breaking up.

“Are You Ignoring Me?”

The more you keep texting when you’re not getting a response, the weirder the whole situation gets. Asking if you’re being ignored can be anywhere from presumptuous to silly. Just because he can’t reply right away doesn’t mean he’s doing it on purpose. And if he’s really ignoring you, then you adjust your expectations, not keep pushing.

“What Is Wrong with You?”

Fights over text can escalate pretty quickly, particularly if you don’t know what mood he’s in. Instead of starting an argument with an aggressive statement like that, consider it one of the texts you should never send a guy. Cool off and either call him or wait until you see each other to solve the conflict. Doing it over text just decreases the chances of finding a good compromise.

“My Parents Are Here. Come Over and Meet Them”

Meeting the parents can be a big moment in many relationships, so springing it on him in text form is definitely the bad idea. Even if the relationship is getting serious, have a conversation that doesn’t put him on the spot. Tell him when you’re seeing your parents, and add that you’d like him to come if he’s not busy.

Unless you mean it as “call me when you can talk”, this is one of the texts you should never send a guy. If you want to talk to him, go ahead and call him yourself. Asking for him to call you when you’ve been texting comes across as a power play and he won’t enjoy the fact that you’re playing games with him.

“Can’t Stop Thinking About You”

If you’re falling in love or in a long term relationship, there’s nothing wrong with this text. However, throwing it around after just a few dates can be weird. Instead of saying that, send him a joke or a link to an article or video that he might find interesting. That’s a better way to start a conversation than “thinking of you” or anything similar.

Unless you already know his sense of humor, sending a single joke as a text can get tricky. You don’t know if he’s busy, tired or stressed out, so jokes that could be taken at face value are among the texts you should never send a guy, particularly at the beginning of a relationship.

Whether he picks up on the subtext or doesn’t texting him passive aggressively is a lose-lose situation. If he gets it, he might get really angry about it until your get to talk face to face. If he doesn’t get it, you risk getting angrier and angrier until you can actually confront him about the problem. It’s always better to try to solve a conflict when you’re in the same room than start taking jabs over text.

Unless you’re in the middle of a conversation with your man and you know he’s alone, secrets and private details are texts you should never send a guy. There’s always a risk that someone else will glance at his phone and see them, so be careful.