Nausea is defined as the feeling of sickness with an inclination to feel like vomiting. This makes you feel some sort of sickness and the urge to vomit so as to get relived. Nausea or feeling this urge to vomit is a common symptom during pregnancy which you can experience throughout your pregnancy and it can lead to various sorts of discomforts during the pregnancy. Nausea is basically also known by morning sickness and nausea during pregnancy is typically one of the most experienced symptoms reported by women. Up to 70% of the pregnant women experience nausea during pregnancy. This symptom is more common during the first trimester of your pregnancy but it can also continue to later stages of pregnancy too. 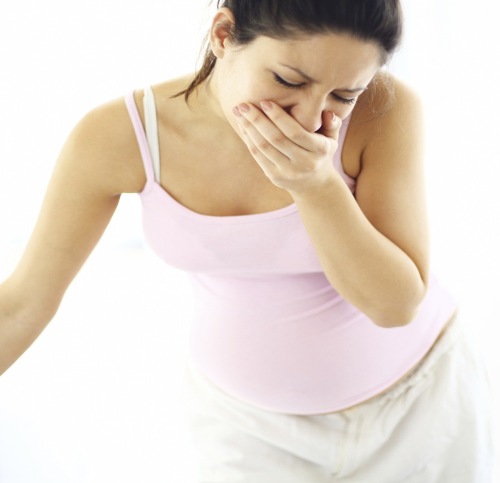 While nausea is a discomfort but it is not at all harmful either to you or your baby, instead it is a sign of healthy pregnancy.

What Causes Nausea During Pregnancy?

The cause to nausea is not fully known but so far studies are concerned it is related to the production of the hormone human chorionic gonadotropin (HCG) during the pregnancy. The clear mechanism as to how this human chorionic gonadotropin hormone causes nausea is unknown but due to the fact that both of these things achieve peak during the same time concludes that there is some connection between the two and they are interlinked.

Some other factors that can be an answer to the common question “what causes nausea during pregnancy” can be :–

When To Expect Nausea?

Nausea during pregnancy typically starts within four to eight weeks of gestation is can be continued to the whole course of pregnancy too. The body of every woman is different and thus not every woman faces the problem of nausea. This can in some woman start with the onset of pregnancy and then last only for a couple of weeks and then end or else it can go throughout the first few months of pregnancy.

As it is a crucial element of morning sickness but this doesn’t imply that nausea will be felt during the morning only. Infact this problem actually occurs more often throughout the entire day rather than early hours in the morning.

Treatment For Nausea During Pregnancy:

This is a common problem and at many times can be a major discomfort during pregnancy. To get rid of this problem and treat nausea you can adopt the following measures-

Many women feel that these natural remedies might not help and thus they can seek nausea medication for pregnancy to get relief. You can always talk to your doctor and have medication to get rid of nausea and feel better during your pregnancy.

Nausea during the time of pregnancy is very common and is also considered a healthy sign of pregnancy and hence there is not much need to worry about this problem but if it causes you discomfort more than you can handle, then just consult your doctor and seek medication or other alternatives to treat the problem. A lack of nausea isn’t a cause of concern since a few women do not experience the symptoms of early pregnancy despite the production of pregnancy hormones.

But this problem should not be always avoided since sometimes this can cause problem a few times. For example severe nausea along with vomiting can indicate molar pregnancy i.e. when the placenta develops into an abnormal mass of cysts rather than becoming a viable pregnancy.

Some of the Common Ideas Suggest that Nausea During Pregnancy Might:-

Nausea during pregnancy can be quite a problem, but with some preventive measures and cures, you can easily get rid of the trouble.