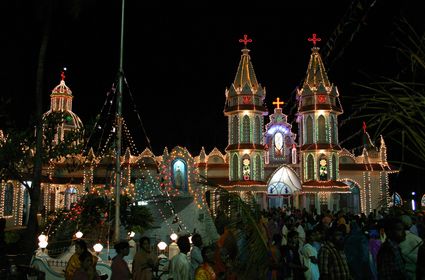 An urban concrete jungle along the southern coasts of India which was once possibly a flourishing roman trade centre or maybe a French inhabited area is now a hub of tourist attraction. Yes we are talking about Pondicherry or Puducherry. But apart from attracting tourists to its exotic beaches and dreamy scenery, Pondicherry is famous for its exquisite temples, the botanical gardens and its food. A blend of Indian and French feel prevails in the air making it a perfect spot for a leisure vacation.

The Main Attraction of Pondicherry is its Renowned Festivals.

One of the main festivals celebrated here is the “Pongal festival “. It is widely spread for around three to four days all throughout the southern regions regarding the harvest and its sale. On the early days of January sometime between the 13th to the 15th this festival blooms in full shape. Named after a dish of boiled rice with milk and jiggery this festival also celebrates the marking of the winter solstice. The sun god is worshipped and shown gratitude for its immense

Help in the harvests. The first day, Bhogi pongal, celebrates the end of everything old as people build a bonfire and get done with their old possessions eagerly waiting for the new ones the harvest promises. The second day known as the perum pongal celebrates the cooking of the pongal dish with the new harvest rice. The new taste. The new eager faces waiting upon the boiling pot, mouths watering- probably the most important of the days. The third and the last day, which is the mattu pongal envolves around offering thanks to the animals for their hard days in the field. The fourth day, the kaanum pongal passes away while families meet and greet each other. This all in all 4-day festival is embraced by all southerners. 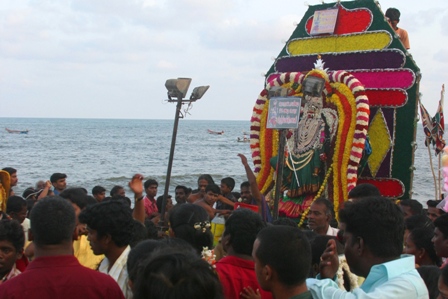 Right after January comes February and with it comes the Masi Magam festival. This is much of a religious festival portraying the excitement and beliefs of the natives as they bathe their

temple deities in a nearby pond, river or sea. On this auspicious day all the idols from the various temples are brought out into the open near some water body where they are bathed. Being a religious city the natives show their divine appreciation to their respective idols. While long processions go to and fro along with their deities the people accompanied by a mass number of touring visitors hustle and bustle the entire day. This day long festival closes its day along with the return procession back to the respective temples.

In April comes the Puthandu or the Tamil New Year. This occasion is mainly celebrated in the mid-April, 14th to be precise. Putting on their pretty attire people celebrate this day by greeting each other puthandu vazthukal which means happy New Year in Tamil terms. Just like any other New Year celebration, it follows people decorating their houses with mothers and grandmothers spending their significant part in the kitchen floor and just like any other new year it all ends in a day. 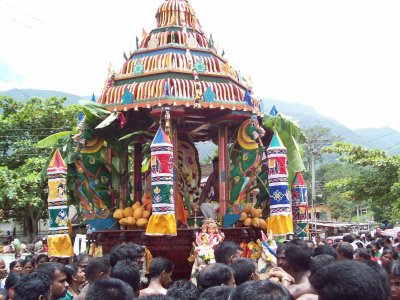 In May, it’s the time for the villianur temple car festival. An age old tradition where the famous deity Thirukameswar Kokilambal is manually pulled in a chariot by devotees to the local areas followed by a massive procession of other devotees. Then comes the Puducherry De Jure transfer day which is celebrated in august as an independence festival.

Pondicherry is a place engulfed in festivities and the vivacious flamboyant natives embracing all of these with their heart. Apart from these main festivals there are certain festivals such as the Bastille Day, the Veerampattinam car festival, the Fete de Puducherry, the French food festival till December which marks the end of that year’s festival with the shopping festival.

With its innumerable festivals and its mesmerizing scenic beauty, Pondicherry is a place worth an explore.