Germany is in the center of Europe. It provides us with plenty of fantastic tourist destinations along with marvelous sites around. Visitors from all over the world travel to Germany for their well known architectural structures and natural beauty. It is a little difficult for travelers to understand Germany anew, but interested explorers will always find their way through. 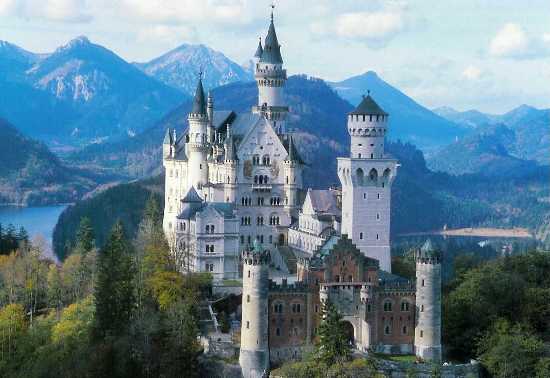 Neuschwanstein is an exclusive example of a fairy tale castle. It is situated on a rugged hill near Fussen, which is in southwest Bavaria. It is idealized as a symbol of romantic architecture and a tragic story which had no answer. The Sleeping Beauty castles in the Disneyland parks were inspired from this. The castle was established by King Ludwig II of Bavaria, who had mysteriously known to have gone insane when the castle was almost complete, in 1886 and passed away after a few days. Tourists are amazed to see such a beauty with magnificent backdrop. 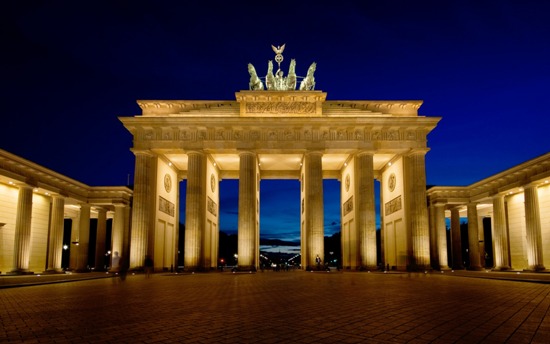 The Brandenburg Gate is the only gate that has survived in Berlin. It symbolizes the reunion of East and West Berlin. It had been built in 18th century and is also the entry to Unter den Linden, which is the prominent boulevard of linden trees. This at one time, used to lead directly to the palace of the Prussian monarchs. 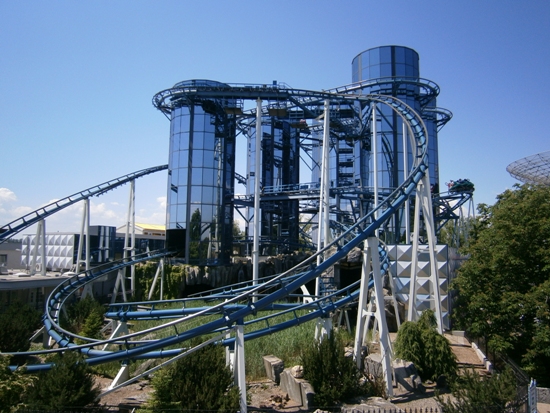 Europa-Park in Rust is beautiful park, situated in the South-West Germany between Freiburg and Offenburg. It is an amusement park which consists of various daring rides, which would make it, quite an adventurous trip. Europa-Park is the biggest theme park in the German-speaking countries and one of the few that is open in winter. 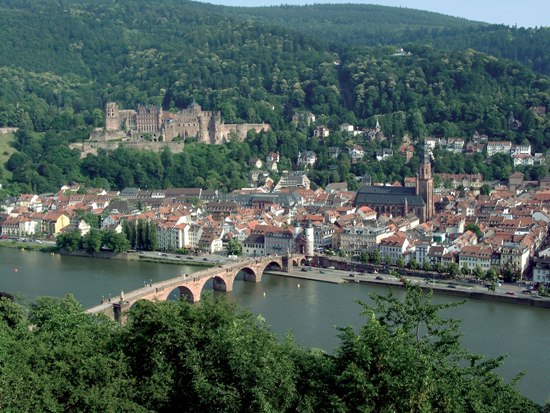 Heidelberg, in Neckar river Valley, is one Germany’s most popular tourist demands. During World War II, the city was almost completely ruined due to bombings which destroyed most of Germany’s inner cities. Heidelberg has retained its baroque charm of narrow streets, picturesque houses and has its well-known Heidelberg Castle, which take the tourists back into seeing the life that people used to live centuries ago. 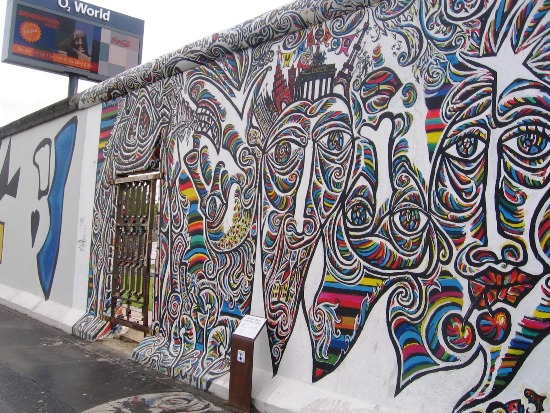 The Berlin Wall which was built from 1961 to 1989 led to the division of the city in two. The Berlin Wall Trail is a route for walkers and cyclists and is separated into 14 sections. The information panels tell the history of the wall. The East Side Gallery is a recent introduction, which is a hinterland wall, painted by artists from 21 countries, 1990. There are two gates that remained in Lubeck and Holstentor is one of them. It had been built in 1464 and is now open to the visitors as a museum. It has two round towers and arched entrance which make it a symbol of the city. Berlin’s Museum Island is listed under the UNESCO World Heritage Site. It is one of the world’s most renowned museums, and holds some priceless cultural treasures. Some galleries here are the Museum of the Ancient World, New Museum, Old National Gallery, Bode Museum and Pergamum Museum, which the visitor go about, and find out about the art and culture from the civilization of the Mesopotamians, from Egypt, Greece, Rome, etc. The Oktoberfest is the largest Volksfest. Munich get over 6 million of visitors, every year for this. The Oktoberfest starts at the end of September and goes till the first weekend in October. This is an important part of Bavarian culture and it has been in regular practice since 1810. Visitors enjoy a wide variety of traditional fare. The city of Potsdam has beautiful landscapes, which include, expansive parks, majestic tree-lined avenues and about 150 buildings which have been built over 200 years, from 18th to 20th century all combine to make an outstanding cultural treasure. The Sanssouci is the most visited construction and offers a breathtaking view and leaves all the visitors mesmerized. 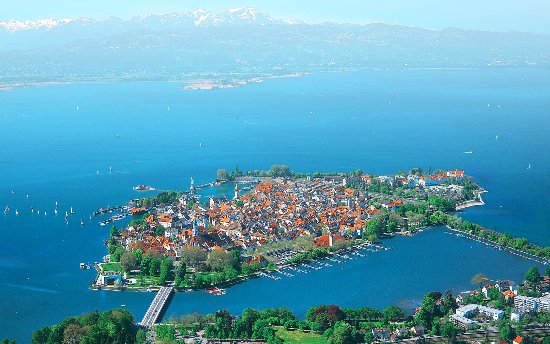 The historic city of is quite a popular tourist attraction. It is is located near junction of the Austrian, German and Swiss borders in the eastern part of Lake Constance. The city is linked with the mainland by a bridge and railway and is now very densely populated. It gives the tourists a medieval touch through its buildings and architectures. Frauenkirche Church in Dresden is a Lutheran church of Our Lady. It was ruined during World War II. The church had been reconstructed on the basis of the original ideas of the previous church and was reopened in 2020. There is a golden cross for the dome of the church which had been given by the city of Coventry. 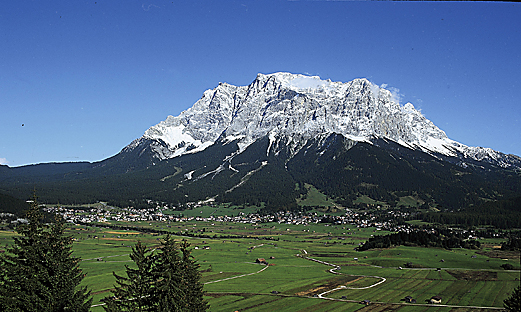 The Zugspitze is one of the most famous mountain peaks in the Alps. It measures 2,962m, and is the highest peak in Germany. Visitors come here from all over the world to take a glimpse of its magnificent view. 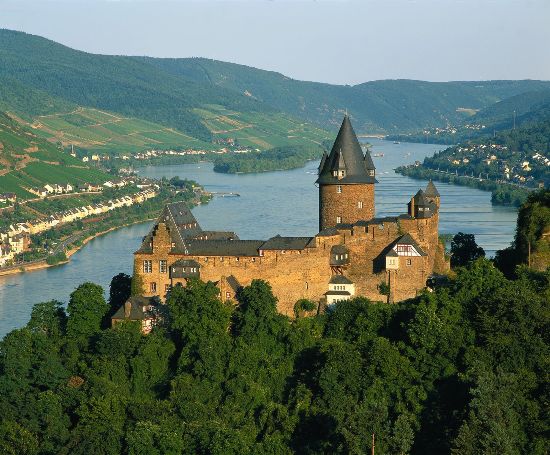 The river Rhine makes its way through steep vineyard-covered hills and is topped with countless castles and destructions, and comes to the best part of this place, The Romantic Rhine. The river was once a vital trade route into central Europe since ancient times and a string of small towns has come up by the banks. Getting on the cruise could be a cherishing experience. 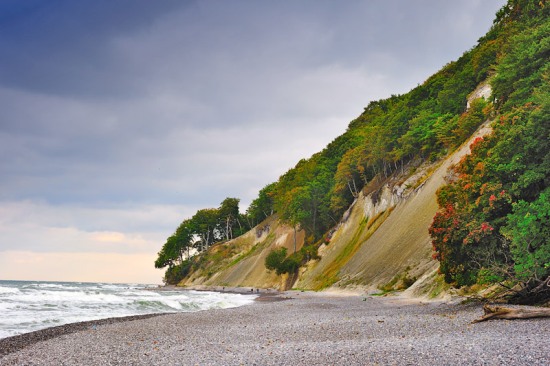 The Rugen Cliffs are situated in the Jasmund National Park which lies in the northeast of Rugen Island. They have been facing constant erosion. There is a steep tower high above the Baltic Sea. It is 118 meter high and is known as the king’s chair. This is the most beautiful part of the cliffs and gives an amazing picturesque. You can also see an undisturbed forest just behind the cliffs. This is the part of a national park. Wurzburg Resident Palace is considered to be one of the most prominent European architecture in Germany. It had been established between 1740 and 1770 and beautified by the magnificent gardens between 1765 and 1780, it exemplifies a glittering era and is one of the most spectacular royal palaces in Europe