Beautiful Zooey Deschanel looks absolutely lovely on the July 2020 cover of Cosmopolitan magazine, the UK edition. In the accompanying interview, the 32-year-old actress chats about girl power, why there’s more to life than pleasing men and her love of PJs. Besides, Deschanel also opens up and dishes on being comfortable in her own skin and feeling like an outsider.

“I’ve always felt like an outsider and I still do when I go to fancy events. I still sit there and think, ‘I don’t belong here.’ I feel like a kid at the adults’ table – like I’m an outsider who got let inside somehow. It’s not a bad thing, it’s just that I see everything differently. I take all the glitz and glamor of this business with a large grain of salt. I feel very removed from it. Not in a bad way – it’s cool – I just don’t feel a part of it,” Zooey told Cosmo.

The ‘New Girl’ actress confesses in the interview that she’s not shy and that she can easily handle weird situations. “I’m not shy. I have a strange sort of combination of awkwardness and confidence. I’m actually OK with awkward moments. But it’s not because I think I’m so great. I’m confident in things other than, like, my ‘swagger’. I’m confident in my sense of humor. I’m comfortable in my skin,” Deschanel says.

Last year, on November 1, Zooey Deschanel and husband Ben Gibbard announced their separation after two years of marriage. Chatting with Cosmopolitan, the actress says that it is extremely important for girls to support each other and that there’s more to life than pleasing men.

“It makes me sad [when girls are b**chy]. Girls get competitive, as though there’s only one spot in the world for everything – but that’s not true… We need to stick together and see there’s more to life than pleasing men. It’s important not to cut yourself off from female friendships. I think sometimes girls get scared of other girls, but you need each other,” Deschanel says.

Famous for her kooky and achingly sweet and girly sartorial approach, Deschanel admits she has no rules whatsoever when it comes to her style.

“I don’t really have any rules but I do believe in wearing stuff that flatters my shape. I have an old-fashioned body because I’m small, and I have a little waist but I have hips – I’m not like straight up and down. Things with shape look best on me; that’s why I love vintage dresses… I don’t like to limit myself. Anything that I would love to wear, I wear,” she explains.

Moreover, she confesses that she hardly waits to get home and put on her PJs. “I just think you go to something like the Golden Globes, and it’s the most glamorous place you could ever be, but then you go home and you’re still like, ‘Urgh, this dress is too tight, I wanna take off these shoes and put on my pyjamas.’… At the end of the night all the glamor goes away and you’re just a human. All of that stuff is put on, to a degree. It’s always comforting to know that, no matter what, at the end of the night I’m always home in my pajamas,” the actress told Cosmopolitan UK. 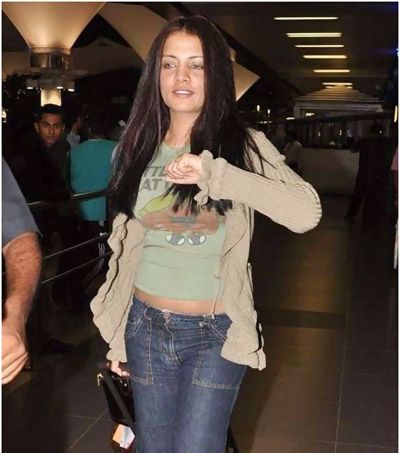