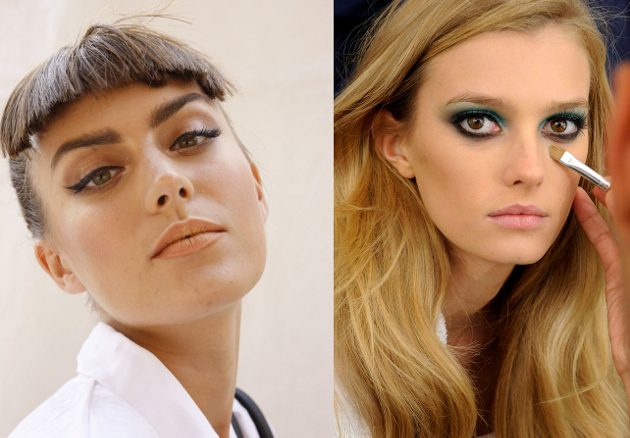 Pat McGrath know as the “Queen of the Makeup” for the Christian Dior ready-to-wear fashion show re-invented the famous “couture faces” from 2020, with extremely pronounced eyes – metallic hues used also on the lips

In its recent version, the concept of the look maintains modern accents. “The whole makeup is glowy, natural, fresh” with smokey eyes, but not as dark as in the previous season; cheeks sculpted with blush for a bronzed effect and lips in brown-ish, chocolaty hues. A certain dewy finish is given to the complexion to emphasize that glamorous fresh look that makes heads turn. 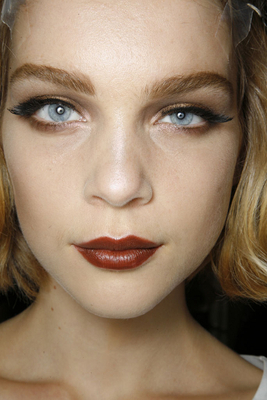 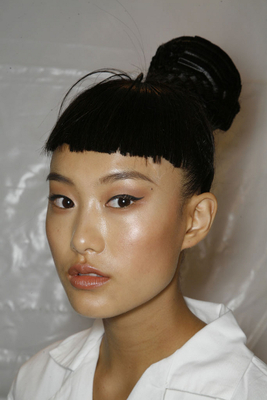 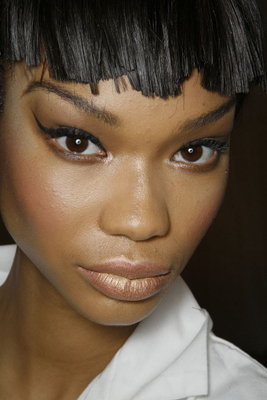 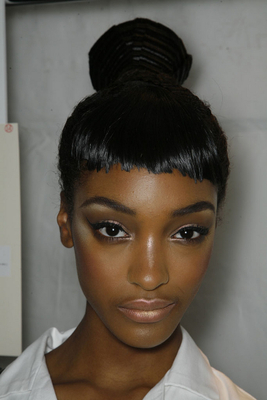 Strong colors, just as at the Gucci fashion show, where Pat rethought the smokey eyes concept, using a turquoise shade, emphasizing it with a lavish layer of eyeliner and black mascara.

Iridescent makeup has been gaining adherents for a couple of seasons now, but leave it to Pat McGrath to take metallic eyes to the max at Gucci’s Spring 2020 show. In fact, the makeup consolidates the message that the House of Gucci wanted to express through the masculine outfits and bright colors. 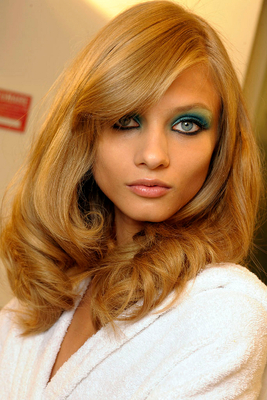 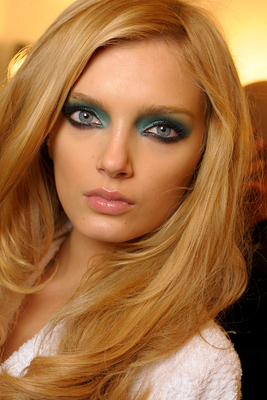 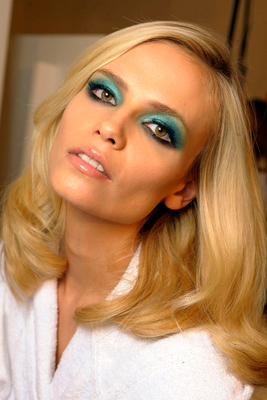 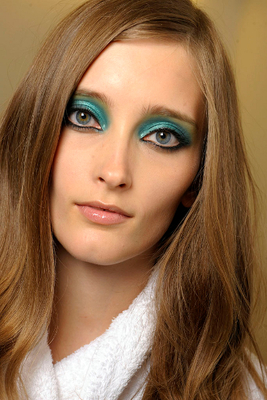 “Generally in my work, I’m highly influenced by fabrics, colors used in collections, by the faces of the models and the personality of the designer” says Pat.