Haridwar is an important pilgrim destination located in the Indian state of Uttarakhand. It is also known to be one of the holiest place in India that is visited by devotees from all corners of the country. Located at a height of 314 meters from the sea level, Haridwar experiences pleasant climatic conditions all year round. While in Haridwar there are various tourist spots to explore, we give you the top 15 must visit destinations of this place.

Literally meaning ‘Gateway to God’ and considered the seventh holiest place, Haridwar is of prime religious importance to Hindus all over. The most celebrated Kumbh Mela not only draws pilgrims from all over but is also a major attraction among tourists who can be seen partaking of the religious festivities. The attraction doesn’t stop here as there are many other places of interest in Haridwar to keep tourists engaged during their entire stay.

Below we have given the list of best and most attracting tourist places for sightseeing which are helpful to planning your trip with perfectly.

Dedicated to goddess Chandi, the temple was built in 1929 by Kashmir’s King Suchat Singh. The main statue of the goddess which is housed inside the temple was established in the 8th century by the Adi Shankaracharya. A trip to the temple involves a 3 km trek from Chandi Ghat or a suspended ride in a cable car. The temple is a famous stop for pilgrims en route to the Kumbh Mela who seek the blessings of the goddess known to fulfill their desires. 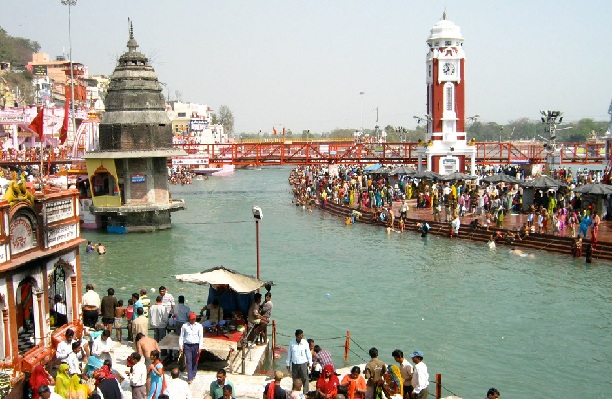 A famous ghat on the banks of the river Ganges, Har ki Pauri constitutes a major landmark and auspicious site for the people in and out Haridwar. With the ever-increasing number of people flocking to the site for a dip in the holy water of the Ganges, Har ki Pauri has seen major renovations and extensions over the years. Several temples lining the steps add to the beauty of the place especially in the evening when the place is lit up. It is one of the famous tourist places to visit in Haridwar which can make you happy with its beauty. 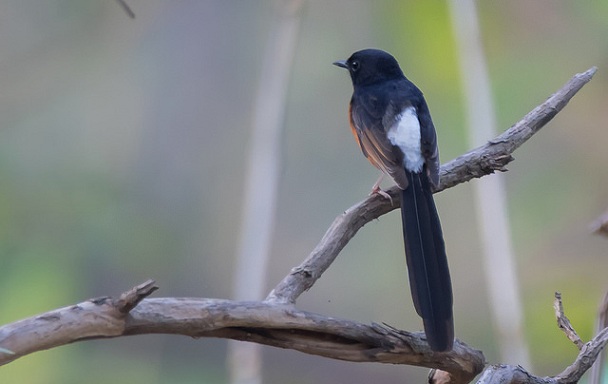 For bird lovers and solitude seekers, this Bird Sanctuary provides the ideal getaway to a world filled with the beauty and splendor of migratory birds, mostly seen during the winter months. Neel Dhara Pakshi Vihar also renders an impressive view of the surrounding Shivalik Hills. This tourist place provides most beautiful sightseeing attraction. This is the wonderful Tourist Places To Visit In Haridwar. 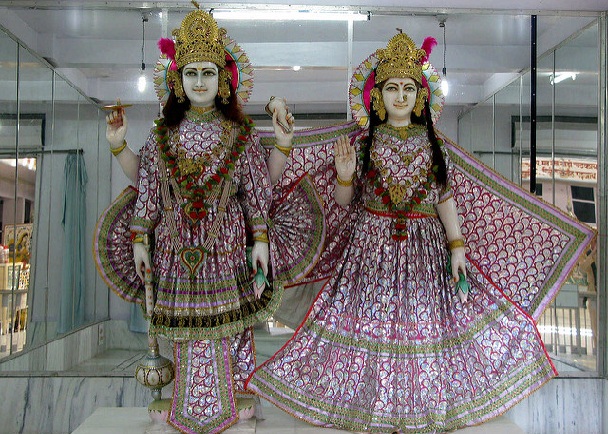 A modern day temple that’s noted for its exquisite mirror and glass work and garish idols holds one of the greatest attractions for tourists. The temple is also considered sacred among Hindus and is included as one of the ancient temples of Haridwar. This temple is one of the ideal places in Haridwar to visit to getting happiness. 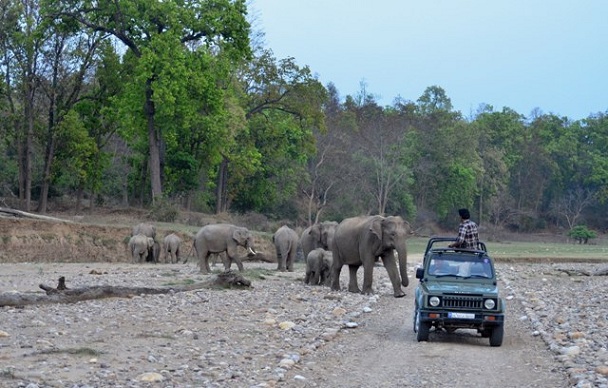 Rajaji National Park lying at the foothills of the Himalayas is an amalgamation of three wildlife sanctuaries. Dense green jungles dominate the vast expanse of the park forming a natural habitat for most of the animals. The Park is home to the largest population of elephants in the state of Uttarakhand and over 315 species of resident and migratory birds. This is the best Tourist Places To Visit In Haridwar. 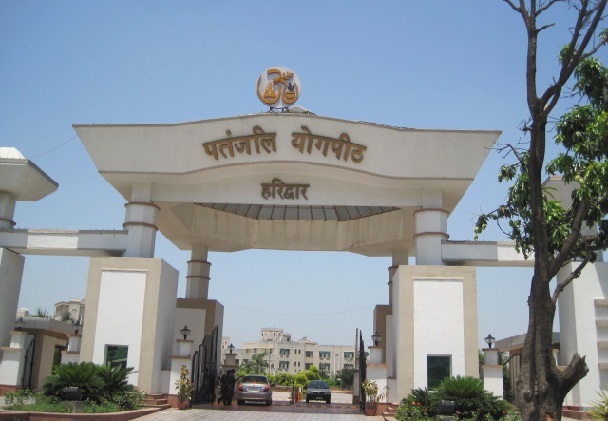 Patanjali Yogpeeth, named after the ancient yoga guru Patanjali, is one of India’s largest yoga institutes. The institute is the creation of Swami Ramdev and is devoted to the treatment and research of yoga and ayurveda. The University of Patanjali is also housed inside its premises. Regular yoga classes are conducted for residents as well as visitors to the campus. This place was located around haridwar. This is also another tourist place to visit in haridwar. 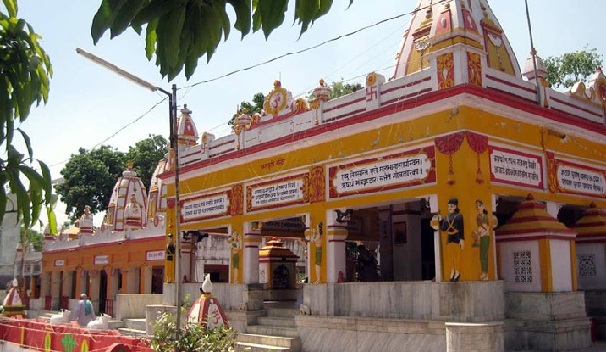 Located approximately 5 km from Har ki Pauri, Sapt Rishi Ashram is one of the most distinguished ashrams in Haridwar. The site of the ashram is believed to have been the meditation ground for seven great sages and in order not to disturb them by her flow, the river Ganga is supposed to have split herself into seven currents that culminated further ahead into the Neel Dhara. 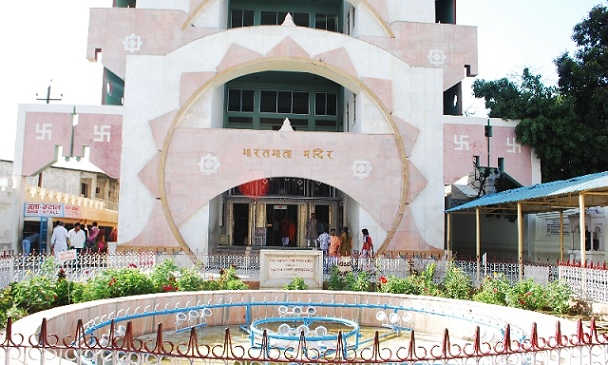 At 180 feet tall, Bharat Mata Mandir is a standing tribute to Mother India. It was inaugurated by Indira Gandhi on 15th May, 1983. The Mandir is made up of eight stories with each story being a representation of an era in Indian history. The top most floor which houses a shrine of Lord Shiva provides a bird’s eye view of the surrounding Himalayas, the entire campus of Sapt Sarovar and the city of Haridwar itself. 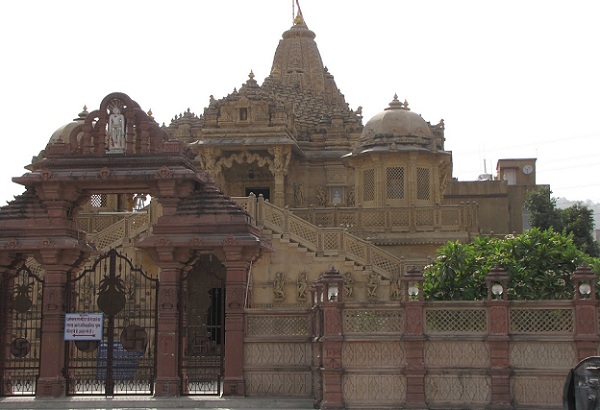 What makes Doodhadhari Barfani temple a tourist centre of attraction is not just the sanctity of its premises but the artistry that has gone into its construction. The temple which is made from white marble consists of several other temples inside its complex that is devoted to various Hindu gods and goddesses. Thi 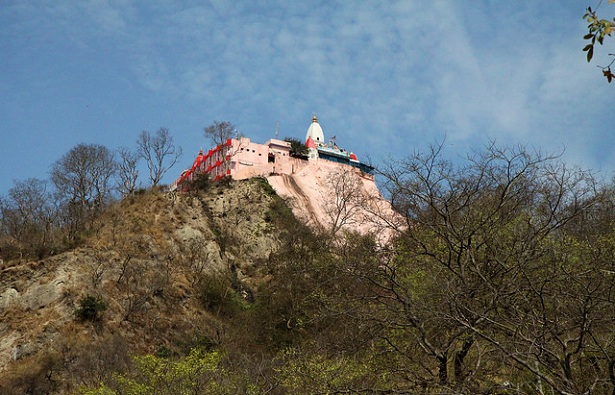 Mansa Devi Temple is one of the important Haridwar visiting places for Hindu pilgrims. The temple is located at the top of a hillock, named as Bilwa Parvat of the Himalaya’s Shiwalik Ranges. This temple is dedicated to Mansa Devi, an incarnation of Goddess Shakti. It is believed that by offering prayers with full devotion and dedication at Mansa Devi Temple, the Goddess grants fulfillment of all the wishes. There is a ritual of tying a thread on any of the branches of the tree in the temple complex. Devotees after being granted their wishes, visit the Mansa Devi Temple again to untie the sacred thread. 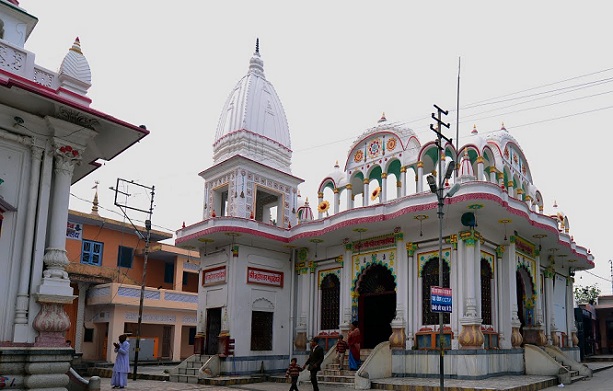 Daksheswara Mahadev Temple or the Daksha Mahadev Temple is one of the ancient temples of Haridwar dedicate to Lord Shiva. It is situated in the south Kankhal and is visited by thousands of Hindu pilgrims all year round. As per the legends, it is believed that it was in this temple site that King Daksha conducted a huge yagna. This is the historical Tourist Places To Visit In Haridwar. 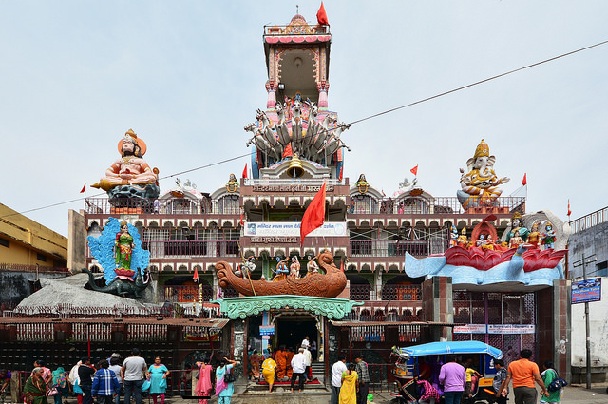 The Vaishno Devi Temple is one of the religious places to see in Haridwar. The temple was constructed to be the exact replica of the renowned temple of Vaishno Mata in the state of Jammu and Kashmir. The temple complex resembles the ancient temple and even the pathway leading to the main shrine can be reached after crossing the tunnels and caves. During their stay in Haridwar, Hindu devotees visit the Vaishno Devi Temple to seek blessings of the Goddess. 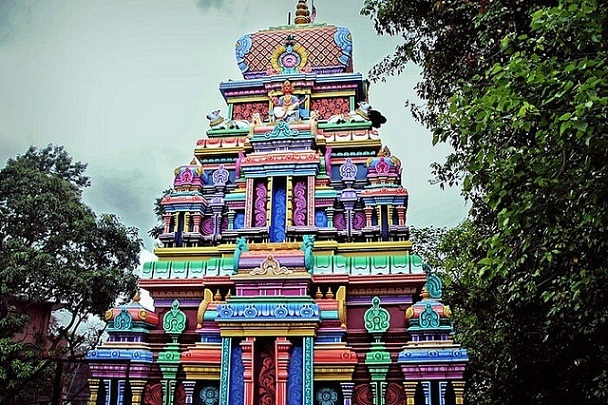 The NeelKanth Mahadev Temple is one of the very renowned places to visit near Haridwar. Located a top a hill at a height of approximately 1300 meters, it is one of the important shrines dedicated to Lord Shiva. NeelKanth Mahadev Temple is bordered by three mountains namely, Brahmakoot, Vishnukoot and Manikoot. It offers a breathtaking view of the surroundings and a must visit destination for nature enthusiasts. According to the Hindu mythological stories it was at this site that Lord Shiva drank the poison that surfaced during the milky churning of the ocean (Samudra Manthan). After drinking the poison, Lord Shiva’s throat became blue in color and hence the name NeelKanth, implying one with blue throat. This is best Tourist Places To Visit In Haridwar. 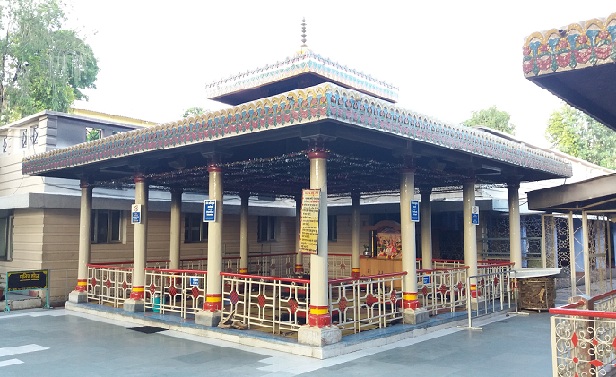 ShantiKunj in Haridwar is the headquarters of the AIGP (All India Gayatri Power). It was established in the year 1971 with the motive of spiritual and moral regeneration in the Indian culture. Several spiritual training programs are organized timely in the ashram. Devotees from India and across the borders also visit ShantiKunj for spiritual guidance. 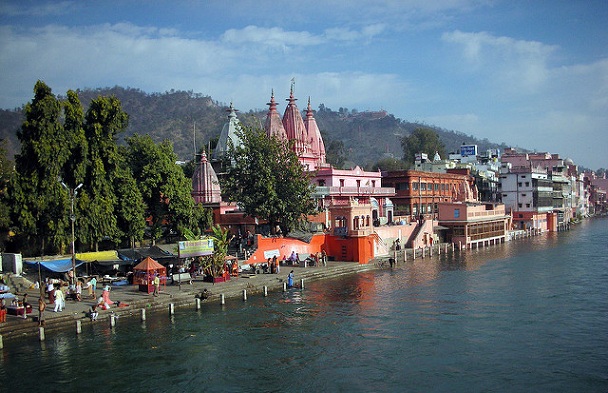 Vishnu Ghat is one of the most frequently visited and sacred ghats in Haridwar. This ghat is named after Lord Vishnu, one of the three chief Hindu deities. According to the mythology it is believed that Lord Vishnu himself took a bath at this ghat. Devotees strongly believe that by taking a holy dip in Vishnu Ghat will end all their sins.

Haridwar is aptly referred as the gateway to ‘Char Dham’, the auspicious pilgrimage journey for Hindus. The ancient temples, breathtaking mountains and rivers make it a perfect spot for vacation. Haridwar has something to offer to both who visit the place for spirituality or wild adventurous fun.