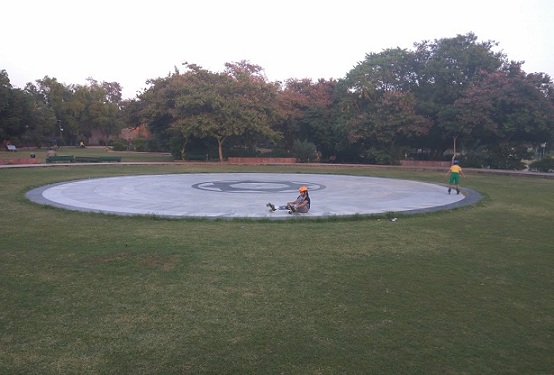 6 Famous Parks in Jaipur with Pictures

Jaipur is better known as the Pink city. It sports a large number of majestic palaces and forts. Its name ‘pink city’ was derived from the fact that most of the forts and palaces here are built from the red sandstone which gives the whole city a pink hue, hence the name. The city was founded by Maharaja Jai Singh and has been named after him. Hawa Mahal, Jantar Mantar, Nahargarh Fort are only few of the historical monuments that this city houses.

Popular Parks in Jaipur with Images:

Here is a list of a few great parks in Jaipur.

This park as the name suggests is completely circular in shape. But its attraction lies in the fact that it’s the biggest circular park in the whole of not just India, but Asia itself! Besides its enormous size and shape, the park also features beautiful rose gardens and musical fountains! The recently added jogging tracks, makes this park an excellent place to go for your morning run. It is located near the sanganer airport. Developed by the Jaipur Development Authority, it is one of the most famous places in Jaipur. 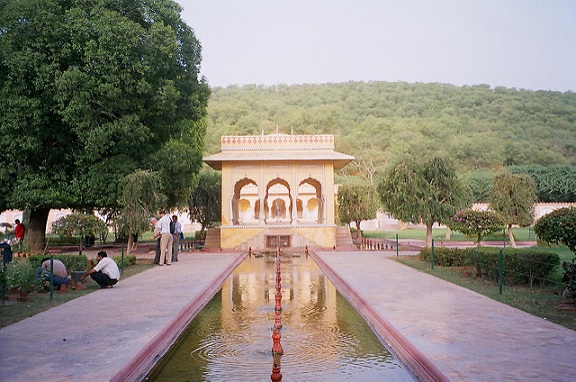 This garden is built in a valley amidst the Aravalli Hills. The park sports lush gardens with well maintained trees and plants and flower bushes. It also sports many unique constructions like ‘chhatris’ and complicated architecture along its walls. These structures include the typical constructions found all over Jaipur in its palaces and mahals. A series of beautiful fountains have been added to it too. the Govind Devji temple lies within its walls. The garden was originally built more than 200 years ago and thus, has a rich personality. 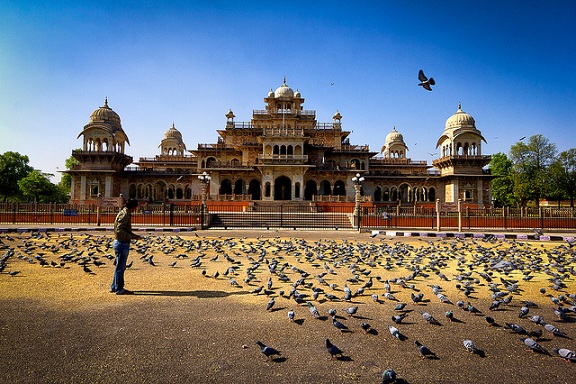 This is another historical garden which was built years ago by some Rajput Maharaja. The garden among other things also has a zoo and a bird park! It also sports a gymnasium, art gallery and the Ravindra Rang Manch theatre. As must be obvious it expands over a vast area of 76 acres. The Central Museum has also been built within its walls. It’s an interesting place to visit and certainly worth your time. 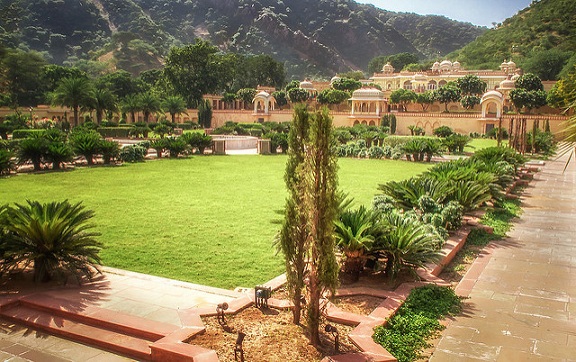 This exquisite garden has been named after the queen whose palace it adorns, namely Sisodiya. She was a majestic queen who hailed from the Suryavanshi line of Rajputs. The garden is located a few kilometres off Jaipur. Painted pavilions, watercourses and fountains are all the elements that make this multi-tiered fountain beautiful. The palace that lies above the garden is as exquisite as the garden itself with excellent architectural constructs. 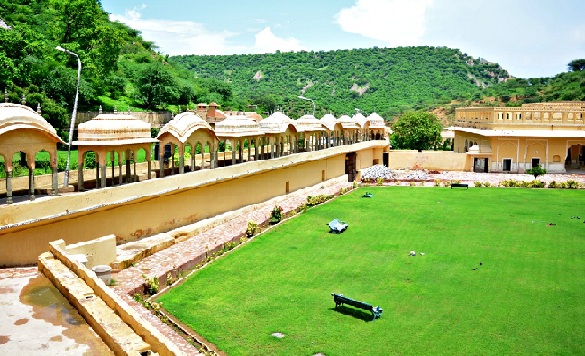 This garden too is located just a few kilometres off Jaipur, close to Sisodia Gardens. Like the many other enchanting gardens of Jaipur, Vidyadhar Garden too is elaborate and beautiful. It has been named after its architect and has a tiered structure much like that of the Sisodia garden. The pavilions here depict spectacular murals of Lord Krishna and particular events from his life. It’s the perfect place to go to get a feel of what the mughal and Rajput palace gardens used to be like. 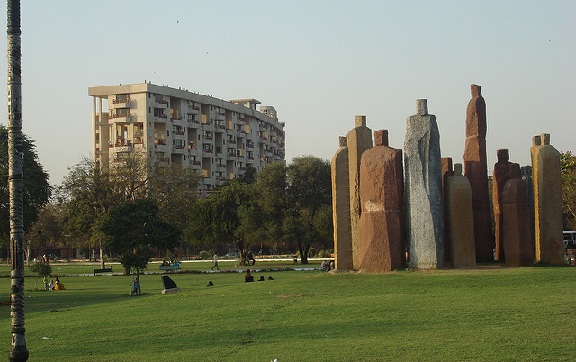 Developed by the Jaipur Development Authority this park sports a huge lush garden, a golf course and even houses the Rambagh Polo Ground. It has a separate concrete track for joggers and morning walkers. The surrounding flora and fauna provide a peaceful setting for the above activities. Jaipur is a city that is filled with palaces and almost all of them sport accompanying gardens and parks that were made by ancient maharajas. Central park however has been opened recently and thus has a more modern construct. It even has a few species of birds that attracts several bird lovers form time to time.

Hope you liked these beautiful parks in Jaipur. Leave your comment below.