Plenty of parks and gardens in Chandigarh add to the beauty of the city’s landscape, attracting tourists and providing a fresh breath of air and recreation to its residents. Botanical Garden, Bougainvillea Park, Rose Garden are some of the famous parks in Chandigarh, to name a few.

Beautiful Parks in Chandigarh with Images:

Here’s a rundown on the most popular parks. 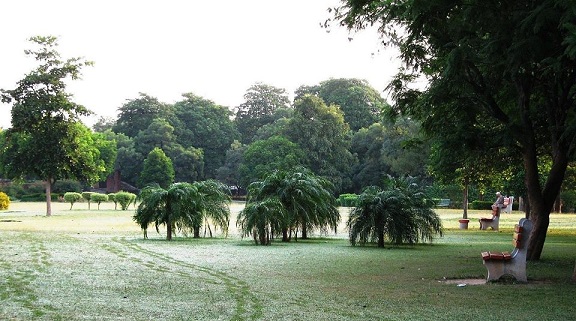 Named after the first President of India, Rajendra Park is a sprawling 400-acre of expanse that’s filled with lofty trees which have round canopies and evergreen foliage, attractive mangrove plantations and flowering plants.

The landscape of the park was designed by famous French architect Le Corbusier and it started functioning in 1954. The park is mainly used for jogging, long walks and horse riding and even hosts periodic horse shows and sporting events. 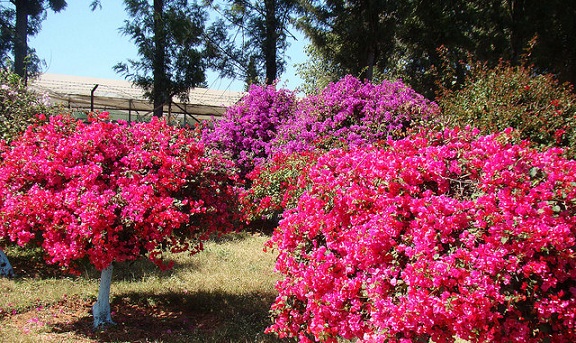 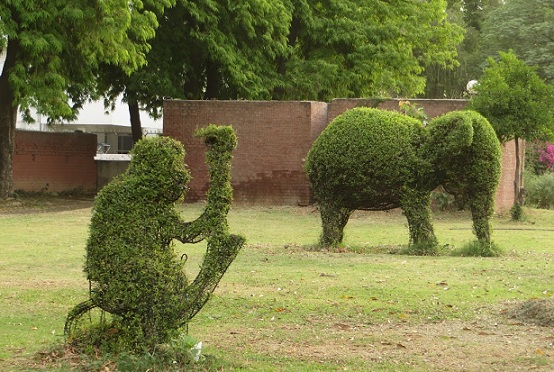 As the name suggests, Topiary Park is noted for its various animal shaped shrubs and bushes. The park which was opened to the public in 1987 holds the greatest attraction for children. The vast expanse of the park is further decorated with other ornamental plants to add to its beauty and charm. The park is mostly crowded in the evenings with parents accompanying children who come here for some play time. 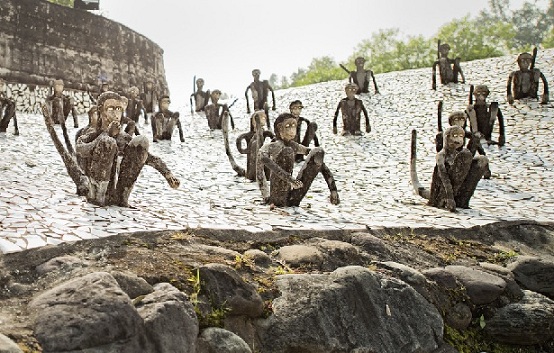 Contrary to its name, Rock Garden is a 40-acre sculpture garden famous for figures that have been sculpted from industrial waste and cast-away items like bottles and bangles, tiles, ceramic pots, sinks and other scarp material. The brains behind this unique garden belong to a government official, Nek Chand who secretly started working on his invention since 1957.

Initially met with rejection, his work was met with approval by the public and finally in 1976 the garden was inaugurated as a public park. Visitors flock to the park in the thousands every day to marvel at the beauty of the garden and its slightly eccentric work of art. 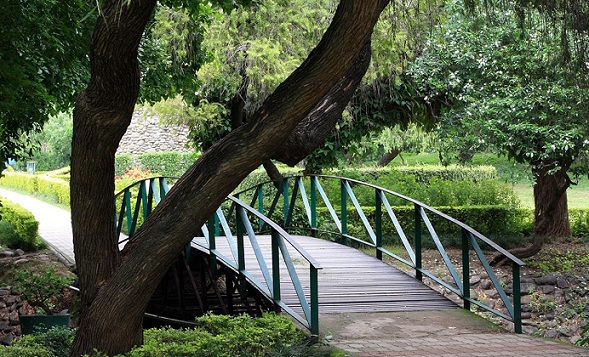 A garden park that’s set amidst Chandigarh’s Cricket Stadium and Rose Garden, Shanti Kunj is surrounded by a tranquil environment that provides a peaceful getaway. The garden is divided into 5 areas by a natural running stream.

These five sectors of the park house trees of different varieties ranging from flowering trees to medicinal trees. Visitors to the park are met with complete silence and a pristine freshness of air as the park is free from any noise and pollution, making it a great place for meditation and relaxation. 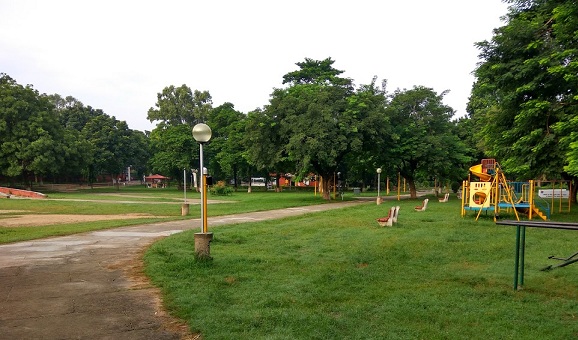 Children’s Traffic Park was created with the objective of spreading awareness about road safety among the young citizens of tomorrow. The park which is replete with green lawns, flower beds, trees and plants houses a separate cell that is laid with a cemented driver test track for the training of road safety. Other sites on the park’s premises which promote safe road practices are an exhibition hall and a lecture-cum-theatre room that can accommodate at least 120 people. 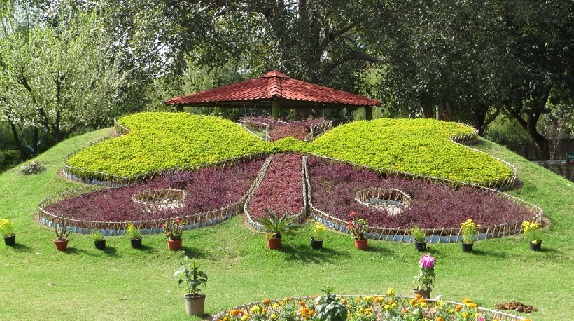 What’s a garden or park without butterflies? These ethereal creatures bring colour and life to their surroundings and are much admired of all species. Chandigarh boasts of various beautiful parks and the Butterfly Park is one of them. The park is devoted to the conservation of over 35 species of butterflies.

The park is full of vegetation with a variety of trees and flowering plants in order to create a natural habitat for the butterflies. Nature trails with silence zones have been created for people to walk along and admire these winged beauties without disturbing them. A visit to this park is sure to leave you enraptured. 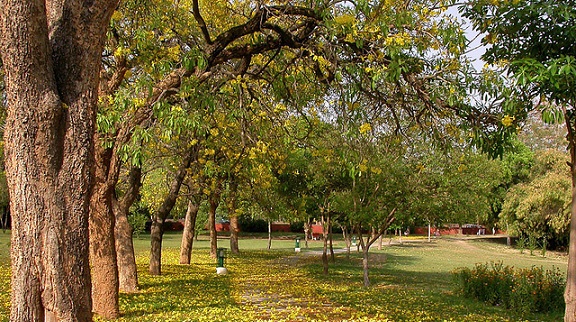 Fitness Trails Park in Chandigarh provides a green lung for city dwellers. Covering an area of 94 acres, the park is carpeted with lush greenery and an abundance of trees. A fitness trail track runs through the park which is tailor-made for morning walkers, joggers and fitness freaks where they can exercise amidst the charming scenery.