Wellbutrin is the market name of Bupropion, a medicine used in the treatment of depression and seasonal affective disorder. It is also retailed as Zyban, a medicine which aids non-smoking. Bupropion belongs to the class norepinephrine-dopamine reuptake inhibitors (NDRI), which are antidepressants thatregulate norepinephrine and dopamine levels in the brain.

The bug question however is,is Wellbutrin safe during pregnancy?

If you have already been taking this medicine for a while, sudden withdrawal during pregnancy might cause varied physical and psychological symptoms, like dizziness, nervousness or anxiety, and stomach problems. Thus, it should be stopped gradually, over a period of time. It’s better to consult your doctor, weigh the pros and cons, and then decide if you want to continue with the medication or stop with it. 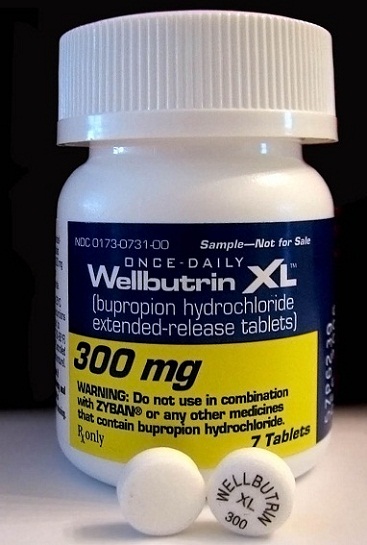 Wellbutrin- To Continue or not to Continue?

In pregnant women with untreated depression, miscarriage and preterm delivery, as well as babies born with complications or low birth weight have been often observed. Untreated depression during pregnancy can still continue after childbirth as postpartum depression, a serious condition that requires urgent attention and should be treated at the earliest.

If the medication can be stopped after thorough consultation with the doctor, it should be done by some experienced physician. The medicine should be stopped gradually, over a span of time, in order to reduce the risk symptoms like nausea and vomiting.

If you decide to take Wellbutrin while pregnant, you need to know some essentials. The babies may develop withdrawal symptoms like irritability, shudders, sleep problems or difficulties during eating. This risk is not worth taking and you should consult your physician regarding this matter; ask for some alternative medicine without any side effects if possible, just to keep the baby safe.

Effects of Wellbutrin on Development of the Baby-

Can you take Wellbutrin while pregnant?

Not much is known regarding the ill effects of Wellbutrin during pregnancy. There might be a link between prenatal exposure to bupropion and attention deficit hyperactivity disorder (ADHD), but this is yet to be studied completely.

Breastfeeding while on medication transfers a small amount of Wellbutrin to the baby as well. It is not harmful for most of the babies. However, it can bring on seizures for the people who are prone to them.

The amount transferred even though small, might have adverse effects on the growth of the child. The symptoms of the mother might be transferred to the child, with the baby being born premature or with numerous other complications.

Wellbutrin after childbirth might also reduce the amount of milk produced by the mother, thus depriving the baby of it. Thus it is best advised to consult the physician and then decide if breastfeeding should be done or not.

With all the side-effects caused by Wellbutrin, one should avoid the usage of this medicine until and unless it is absolutely necessary. A mother simply won’t want her child to be born premature or with defects, and since Wellbutrin has the potential to do that it is highly discouraged. If possible, some alternative medication should be taken to treat depression.